Since its birth in the fifteenth century AD, the whisky industry has gained incredible popularity and is currently experiencing an enormous boom.

According to the BBC, scotch whisky exports hit a record high in the past years, with overseas sales exceeding £4 billion. Add this number to the national sales, and you’ve got a flourishing industry. A big playfield where everyone wants to be a player. In this context, it doesn’t surprise that a wave of new whisky distilleries has started to emerge, either to revive old traditions or build new ones.

From big corporations eager to expand their market to small entrepreneurs committed to impressing enthusiasts with their new vision or innovative whisky-making methods, we found quite a few distilleries that caught our attention. Perhaps it is early to tell if they will all find a way to success – some haven’t even been around long enough to serve whisky yet. Nevertheless, all eight new whisky distilleries below are worth being discovered.

Nc’Nean’s history started in 2017 when its owners laid the foundation of one of the first organic whisky distilleries in Scotland. The company’s mission is making excellent spirits with minimal impact on the planet, and their scotch whisky is made exclusively from organic barley. Nc’Nean also uses renewable energy and recycles almost 100 per cent of their waste. Their eco-friendly vision even includes bottling the beverage in recycled glass bottles – a first in the whisky industry.

Bringing such a revolutionary vision into an otherwise traditional industry could have meant suicide. Nevertheless, Nc’Nean managed to show the world that innovative methods can blend with tradition and create excellent spirits. The proof is in their inaugural release, an organic single malt scotch whisky that sells for over £400 a bottle. Besides this limited-edition whisky, the distillery proposes their signature organic single malt scotch whisky, an organic botanical spirit, and a selection of limited edition vintage spirits.

Slightly older than Nc’Nean, London’s Bimber is one of those new whisky distilleries committed to tradition. Its first casks were laid down in 2016, and since then, the company has conquered whisky lovers around the world with their single cask selections. Their inaugural release included whiskies aged in ex-sherry, exbourbon, ex-peated, and virgin American oak casks.

Each batch has been produced in a limited number of bottles, some of which sold at over £1,000.

In 2020, the distillery announced the launch of their new Country Collection, a range of 20 whisky expressions produced exclusively for Australia, Denmark, Belgium, France, Italy, Germany, the Netherlands, the USA, and Taiwan. 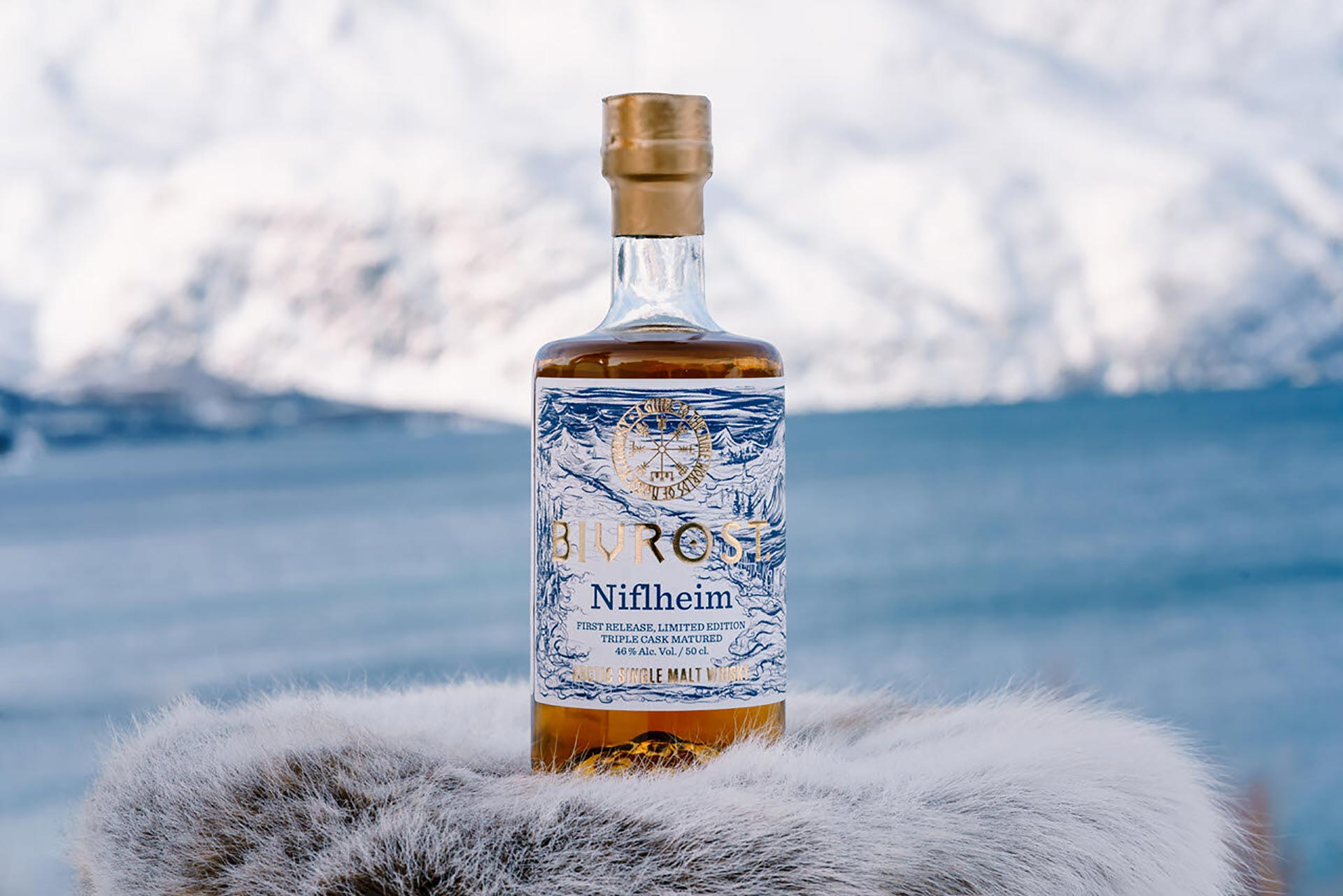 The Bivrost Distillery aims to become the bridge between the rushed modern life and the Arctic Norwegian heritage. It is one of the few new whisky distilleries that emerged outside of Scotland, but their whisky’s quality can’t go unnoticed. This unique beverage produced under the Northern Lights is made with glacier water and local barley, matured in small casks and aged in the distillery’s NATO bunkers at eight meters from the Arctic sea.

In 2020, the distillery released two of its limited-edition whiskies inspired by the Norse mythology, beverages that were widely acclaimed by critiques and enthusiasts alike. Niflheim, their first release in June 2020, is an Artic single malt whisky that sold for over £2,000 in less than a month from its release date. In November 2020, Bivrost released their Nidavellir collection that promises different taste impressions and drinking experience. The new bottles will be auctioned from December 2020.

Nestled on Ireland’s sunny south-eastern coast, the Waterford distillery aims to create the most profound Irish single malt whisky in the world. The distillery produces its beverage exclusively with volcanic aquifer water and local barley growing on 19 distinct soil types. What makes these whiskies unique is that each crop is processed and distilled separately so that each bottle can capture the essence of the place and farm it comes from.

Waterford’s Whisky Edition 1.1 is an expression of the brand’s philosophy and the result of years of ageing in sherry, bourbon, or virgin American and French oak casks. Providing excellent whisky at affordable prices, Waterford is one of the new whisky distilleries we’ll certainly hear about for decades to come. 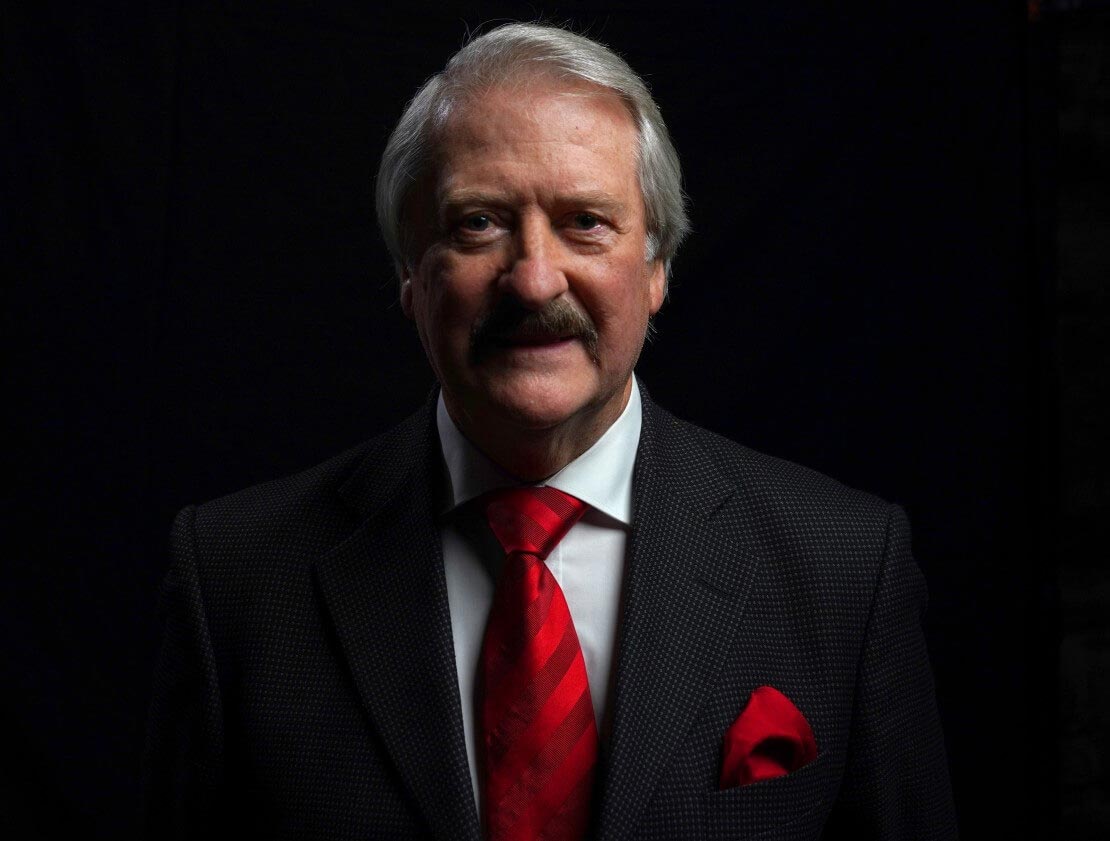 Have you ever dreamt of becoming a founding member of a distillery? WolfCraig could make your dream come true. This promising new whisky distillery has not been launched yet, but it has already captured whisky lovers’ attention worldwide. Nestled in the heart of beautiful Scotland, WolfCraig aims to become a globally-recognised premium brand capable of combining the beverage’s rich heritage with innovative technology and sustainable practices.

Like WolfCraig, GlenWyvis is one of the promising new whisky distilleries that managed to get into the spotlight despite not launching their product yet. The brand’s history started in 2015 when the distillery was established in the Scottish Highlands to revive Dingwall’s distilling tradition. As a result of like-minded locals, GlenWyvis is the first community-owned distillery and sustainable distilling pioneer.

Their first whisky will be launched towards the end of 2021 but is already expected with enthusiast by whisky lovers worldwide. So much so that their single malt inaugural release pre-sales are already out of stock. All we can do is wait and see how the public will receive it. 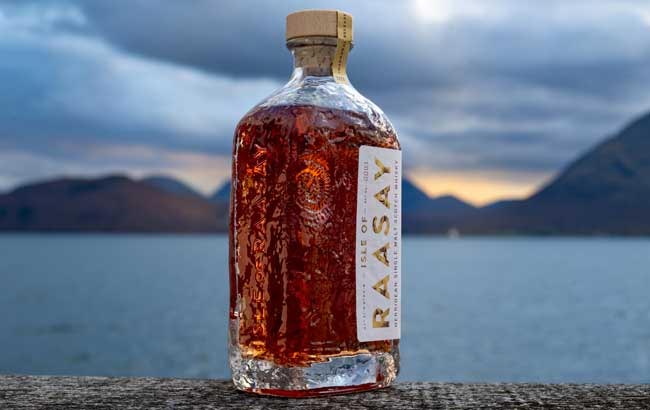 Sharing its name with the gorgeous Scottish island, the first legal distillery on the Isle of Raasay aims to create the finest single malt scotch whisky in the Inner Hebrides. It is early to tell whether they’ll succeed in their purpose, but the distillery holds indeed all the aces. Not only is their whisky made with local barley, but the Celtic water sourced from a well beneath the premises gives their beverage a unique touch.

Joining WolfCraig and GlenWyvis on the top of the newest whisky distilleries in Scotland, Isle of Raasay distillery hasn’t yet launched its whisky. Still, it accepts pre-orders for its inaugural release – another opportunity for all enthusiasts to write the distillery’s history.

Lindores Abbey may not be a new whisky distillery in the true meaning of the word, but the fact that they have been out of business for over 500 years makes them a pretty new player on the modern whisky scene. Initially, the abbey produced whisky and spirits in the fifteenth century, then it was revived in 2017 and received the Great Taste Award in 2019.

The distillery offers several opportunities to purchase from their limited premium releases either through The 1494 Club – a membership option that includes free lifetime distillery tours and exclusive discounts – or cask ownership. And while waiting for the inaugural release, you can have a taste of their Aqua Vitae, a multi-award-winning botanical spirit made following the original 1494 receipt.

If you liked this article you might find the Author’s Series Whisky article interesting as well. 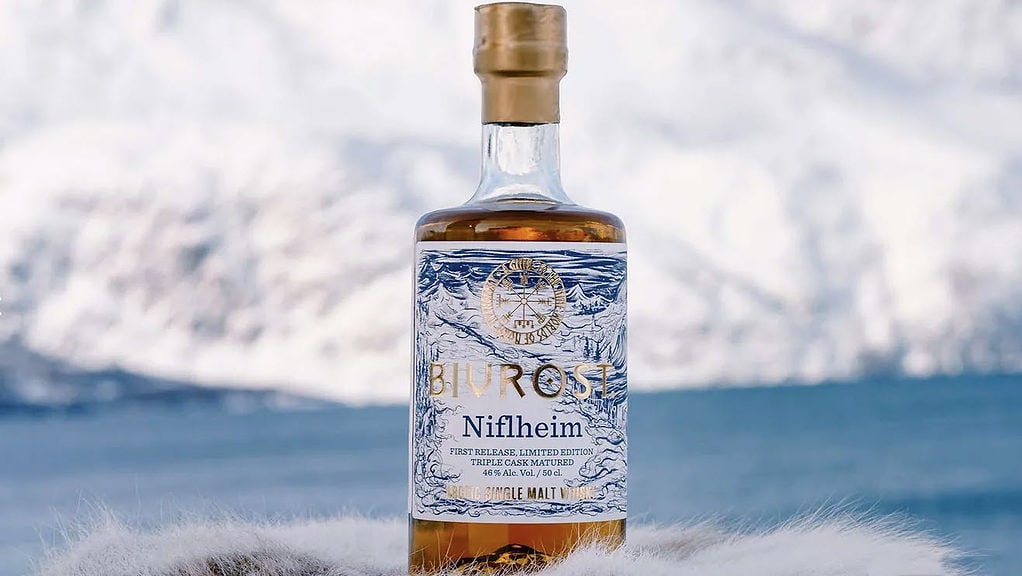 Bivrost Whisky is made at the world’s northernmost distillery, Aurora Spirit Distillery, which is located in the Lyngen Alps of Northern Norway. The Bivrost name… 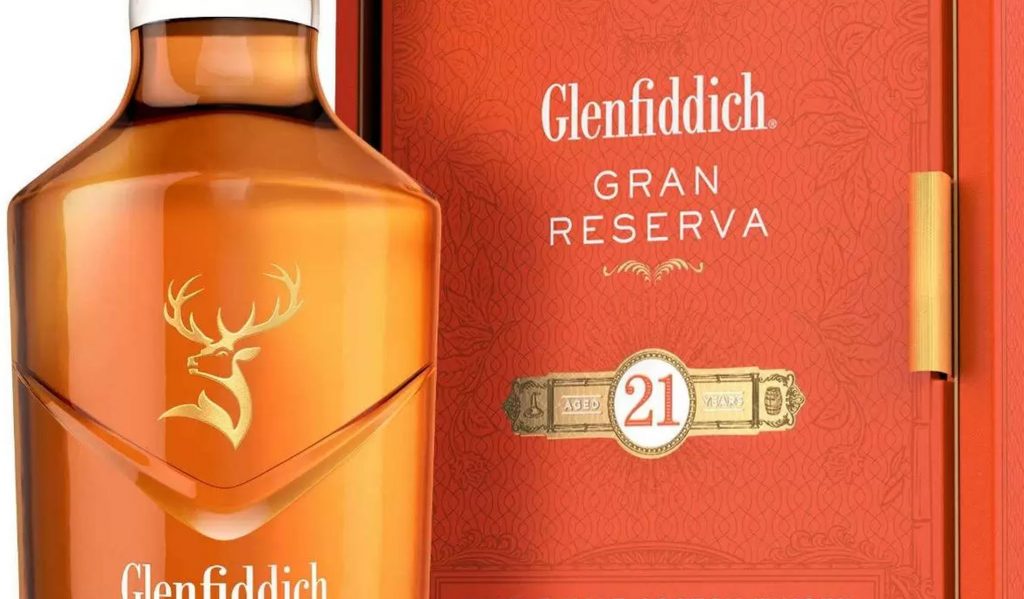 Table of Contents Introduction Glenfiddich 21 year old is a well-known scotch whisky around the entire world. It is one of the most expensive fine-aged… 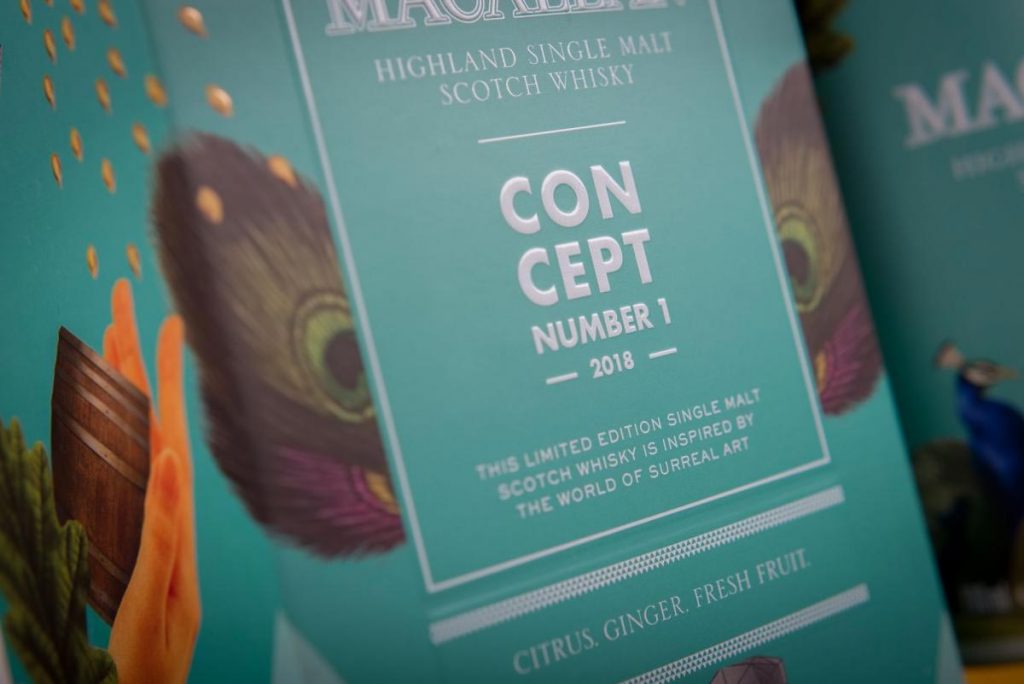 Table of Contents Kavalan Artist Series: The 4 New Collectable Whisky Bottles all Enthusiasts Should Know About Taiwan’s whisky market may be much younger than…

Table of Contents Independent whisky bottlers have a way-old history. As the name suggests, Independent bottlers are those specialized whisky brokers bottlers who take liquor…

Please confirm you want to block this member.

You will no longer be able to:

Please note: This action will also remove this member from your connections and send a report to the site admin. Please allow a few minutes for this process to complete.

You have already reported this
Clear Clear All